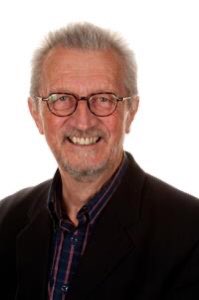 I am truly sad to have to tell you that I received the awful news late last night that Frank Rust had died in the Intensive Care Unit at Frimley Park Hospital. He had contracted Coronna Virus around a week ago but following a tumble at home  there were complications and he was urgently admitted to hospital.

Frank was a true pillar of our community, and although I had known him for around 20 years, it never ceased to amaze me how many aspects of our society’s life he was involved in. He was, of course, a borough councillor and an active trustee of Rushmoor Voluntary Services. He was associated with the Rushmoor Gym Academy and played a leading role in important initiatives like Rushmoor in Bloom. He was a firm supporter of Citizens Advice and not too many years ago chaired our local Community Health Council, as well as being involved in the successor health bodies. And he found time to champion our local allotments and support Blooming Marvellous, the RVS horticulture project. These are just some of the things he took an interest in.

I know Frank was excited about the prospect of succeeding Sue Carter as Mayor of Rushmoor later on this year (his second term in this role). Sadly we will never be able to know what exactly he had planned but we all know it would have been done with commitment, energy and his ‘trademark’ sense of humour, and would have touched every part of our community.

Frank Rust was a remarkable, special man who will be sadly missed by us all. I regard it a great privilege to have known him, and to have been able to call him a friend. Our thoughts and condolences at this time must also go out to his wife, Carol and the family who are struggling to come to terms with the awful loss.